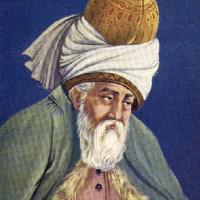 Mevlana Celaddiin-i Rumi is a 13th century Muslim saint and Anatolian mystic known throughout the world for his exquisite poems and words of wisdom, which have been translated into many languages.Rumi, as he is known in the west, is the best selling poet in USA. The United Nations declared 2007The Year of Rumi and celebrations were held world wide.

Mevlana was a Muslim, but not an orthodox type. His doctrine advocates unlimited tolerance, positive reasoning, goodness, charity and awareness through love. To him all religions were more or less truth. Mevlana looked with the same eye on Muslim, Jew and Christian alike. His peaceful and tolerant teachings have appealed to men of all sects and creeds. In 1958, Pope John XXIII wrote a special message saying: “In the name of the Catholic World, I bow with respect before the memory of Rumi.”

Mevlana died on 17 December 1273 and was laid to rest beside his father in Konya, in present day Turkey. A splendid shrine, the Mevlana Moseleum was erected over their remains, which is now a museum and place of pilgrimage. Every year on that day, at this magnificient 13thcentury mausoleum we celebrate Seb-i Arus, his 'Wedding Day', together with thousands of people from all around the world. more. 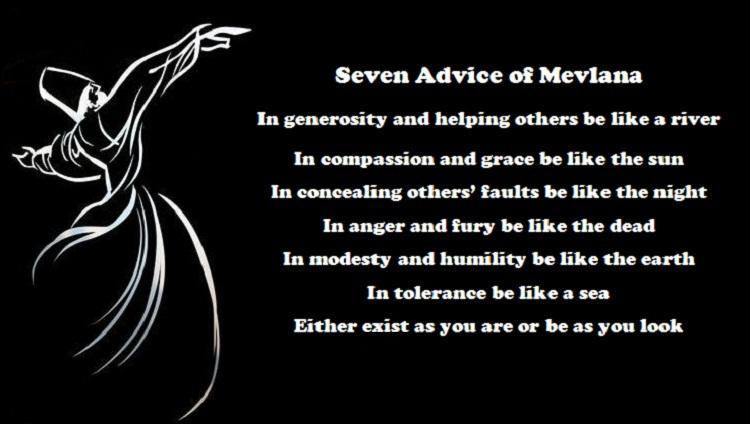 For A virtual Tour of Museum of Mevalana (Rumi) click here